Skip to main content
The University of New Mexico

COSMIAC has an extensive background in the areas of RF and satellite communications. The Center has two separate satellite ground stations.

The first is a three meter dish station utilizing the SHF frequency bands. The average nano-satellite in Low Earth Orbit has around three passes a day for 10 minutes each pass. The COSMIAC station is designed to recognize the arrival of a satellite. It then tracks the satellite and communicates with it during the pass.

The second communications system is the Mobile CubeSat Command and Control (MC3) system. The MC3 is a Naval Postgraduate School organized system to provide communications support for military CubeSat missions. MC3 currently functions in the UHF and unified S-Band frequencies. 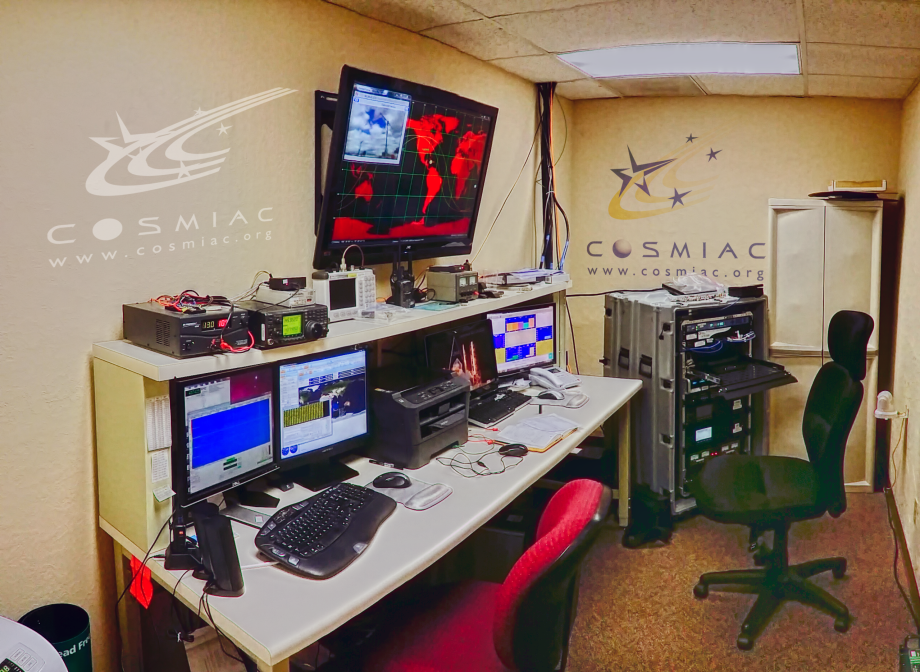 New research is also ongoing for systems such as Iridium and Globalstar. These commercial satellite systems provide an excellent alternative for nanosatellite development and operations.

Research is being accomplished between AFRL, COSMIAC, and NASA Glenn. This research involves establishing a series of communications links at 72 GHZ and 82 GHZ between COSMIAC and the Sandia Crest to perform analysis on the effects of weather at these frequency bands. 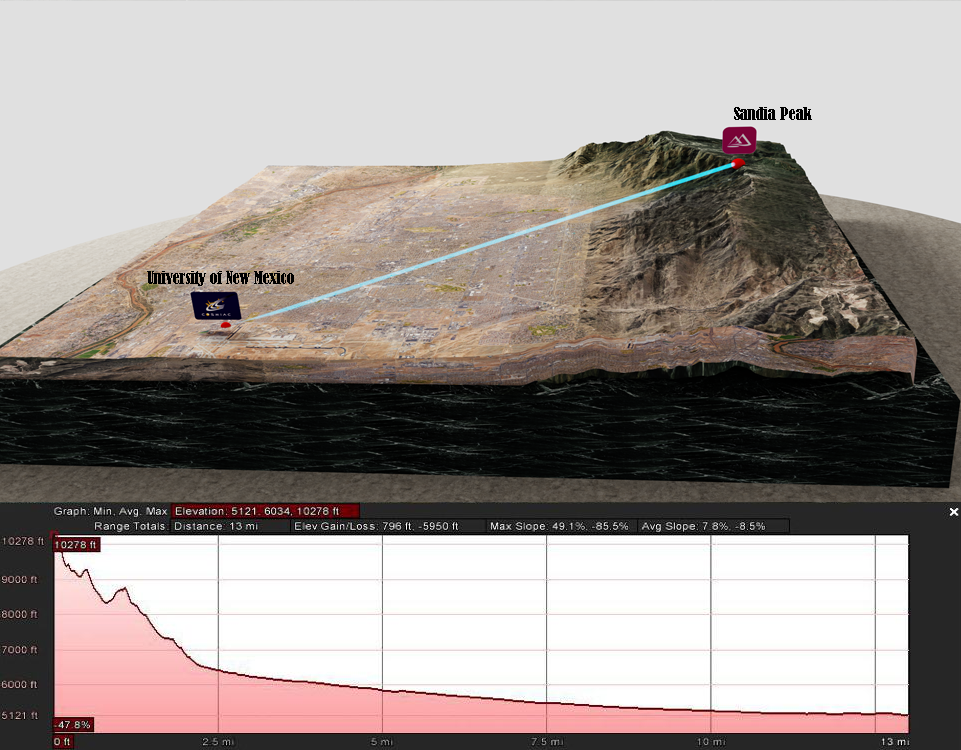 Above: Profile view of transmitter/receiver slant path from Sandia Mountain to COSMIAC/UNM to establish the first terrestrial link at 70/80 GHz